GDP growth will be formed on two basic factors:

As the analysis shows, conducted in 20 major countries over a sufficiently long period, GDP growth depends on the level of investment. For developing countries, 3-4% of investment growth is capable of producing 1% of GDP growth. In Ukraine - 3.3%. 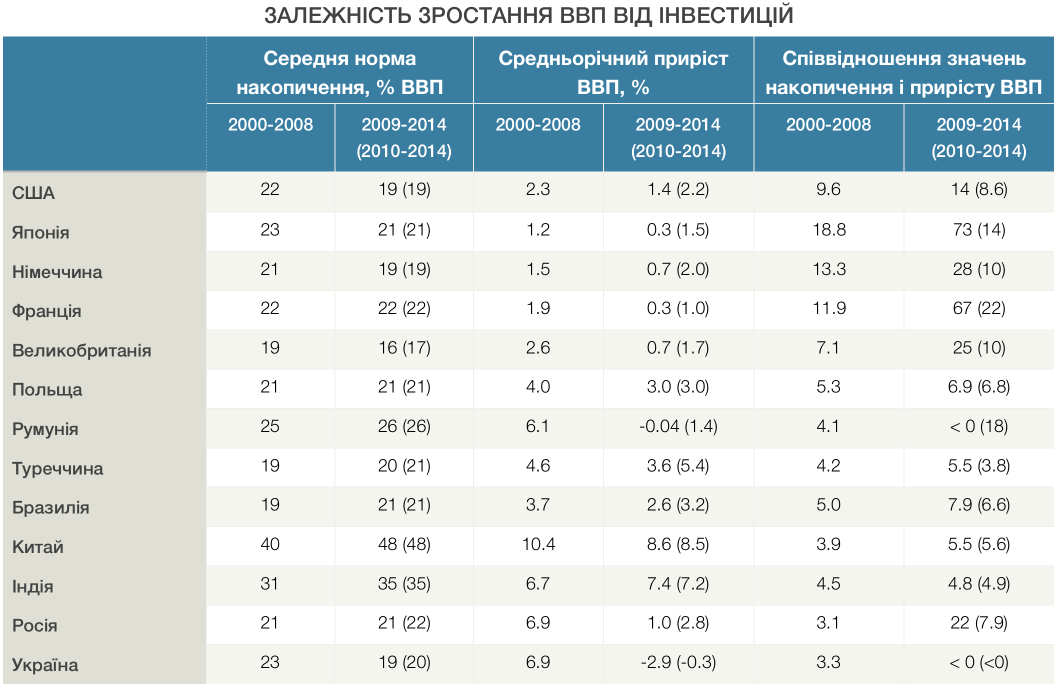 Based on the above analysis, investment growth can provoke economic growth by 6-8-10 percent of GDP per year. On the other hand, a decline in the shadow economy will also increase official economic growth. 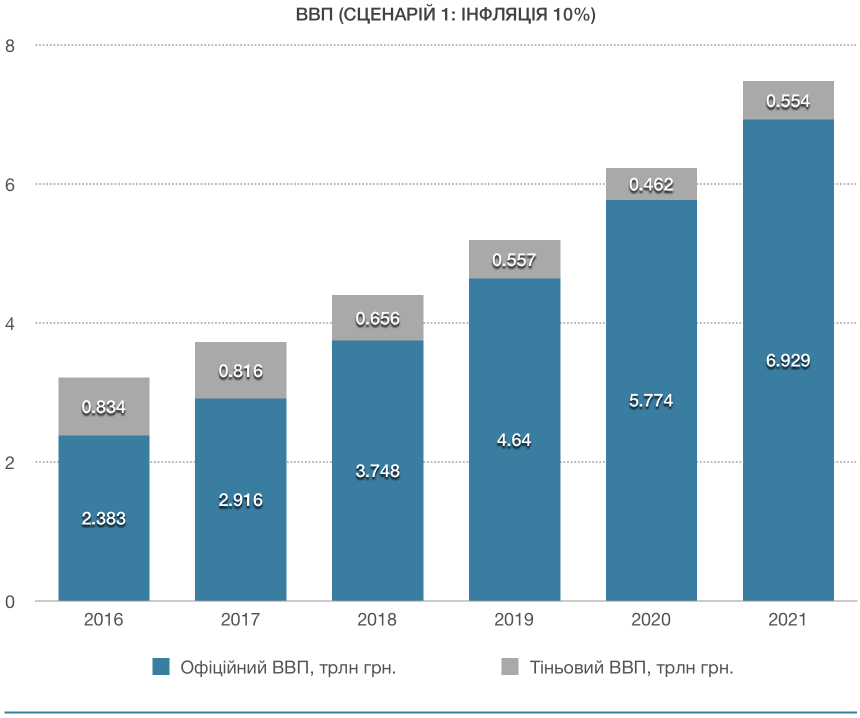 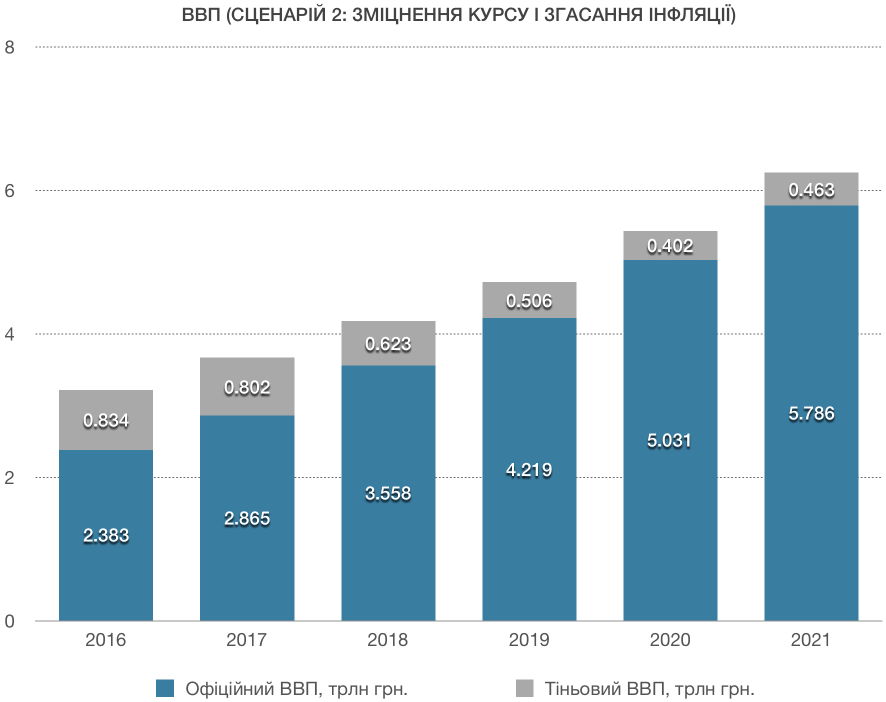 Based on the assessment, we obtain the following official indicators of economic growth in Ukraine:

Such an indicator of economic growth will not only exceed the standard of living of citizens until 2014, but will also ensure sustainable economic growth in the future. With inflation held back at 5% per year, GDP growth of 10% per year and a stable currency, the economy is able to double dollar GDP over 5 years.

If the reform is not carried out, the growth indicators will be much more modest, and the level of the shadow economy is unlikely to decrease, despite the steps being taken to refine the business.