The small size of the economy and the peak of payments in the coming years leaves little choice in how to work with debts. The basic scenario of working with external and internal debts involves either refinancing the obligations taken, or repaying the body of loans of old debts by attracting new ones. At the same time, an important component in raising the credit ratings of Ukraine is the introduction of a 3-5-year budget process with a minimum deficit of the consolidated budget, which will help to increase the credit ratings of the state and minimize the rates for restructuring external debts. For example, under a US guarantee, the rate is less than 2%.

Based on the results of a comparative assessment of the state debt in a five-year period (with the condition of refinancing without reform and with the launch of the Free Economy reform program in two scenarios), three options for working with government debt obligations are considered, depending on the chosen development scenario of Ukraine - “no reform”, “soft transformation” or “active reform":

It is important that the implementation of the proposed reforms allows Ukraine to freely set priorities in paying off external and internal debts. Moreover, the economic potential obtained through the reforms allows, if necessary, painlessly attract additional loans to accelerate the reform of the armed forces, law enforcement agencies and the judiciary. And also to further reduce the tax burden on the economy, in order to provide the economy with even greater acceleration. 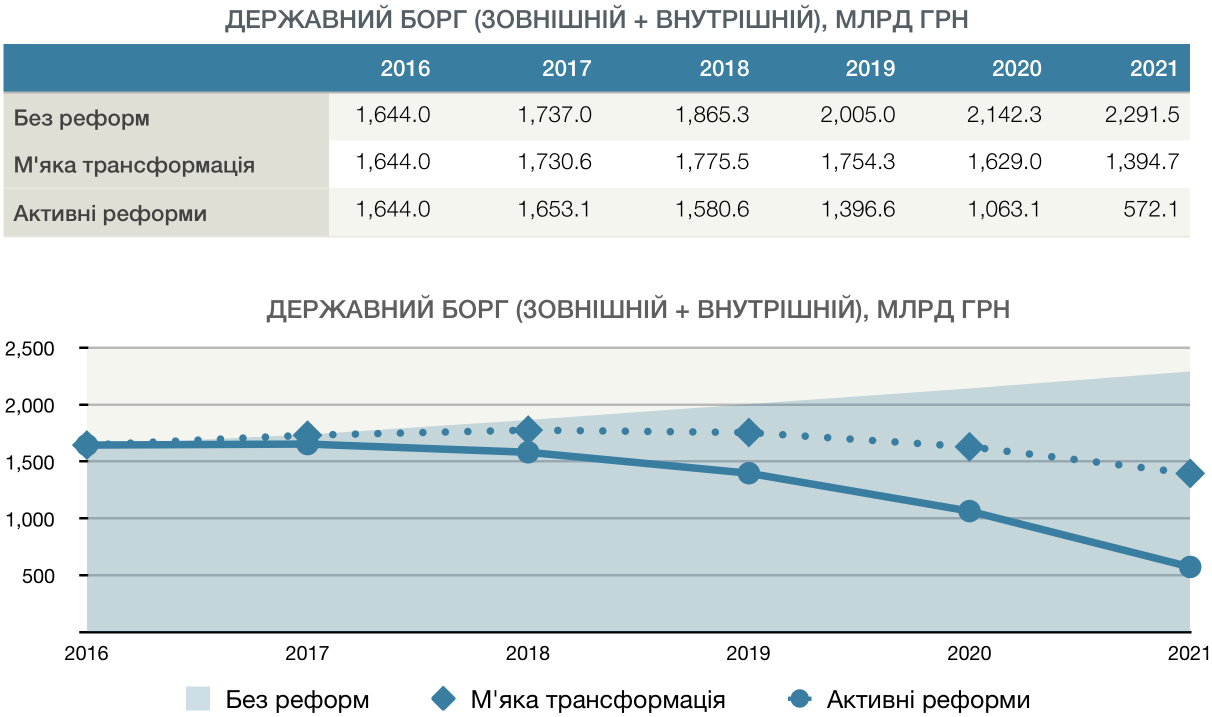 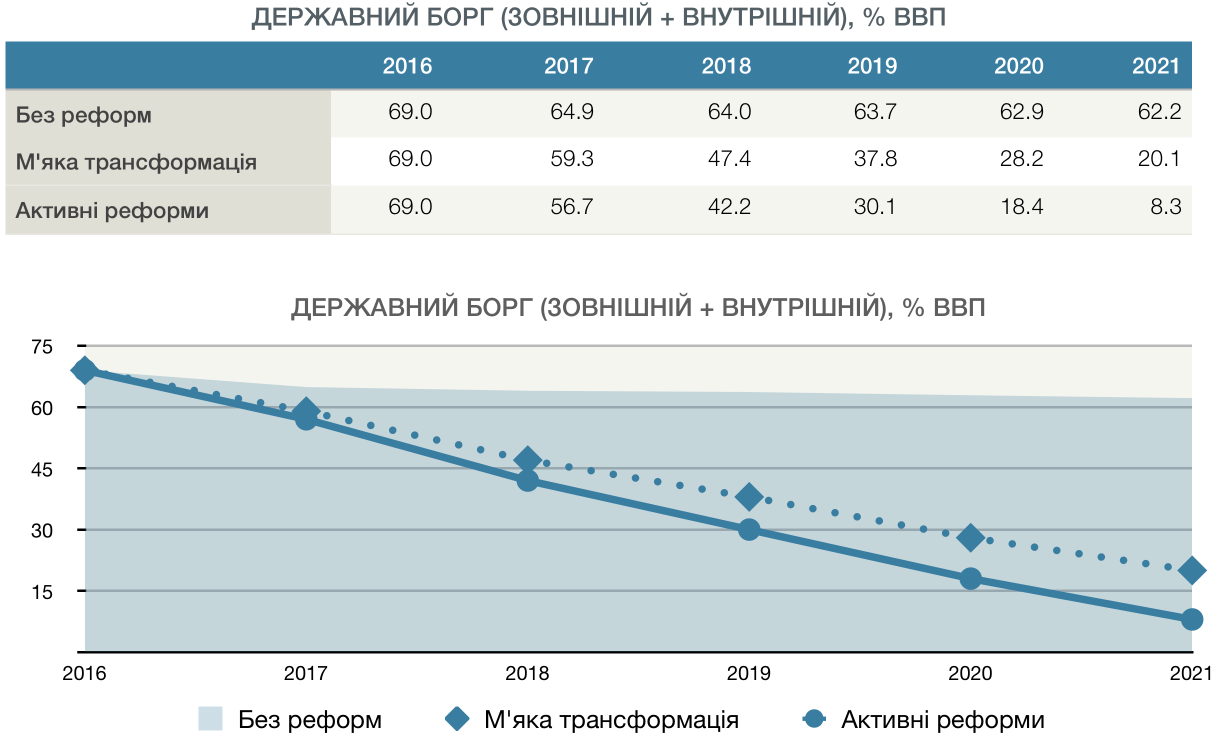